Trending
You are at:Home»General»Top 5 Valentine’s Day Gift Ideas For Men 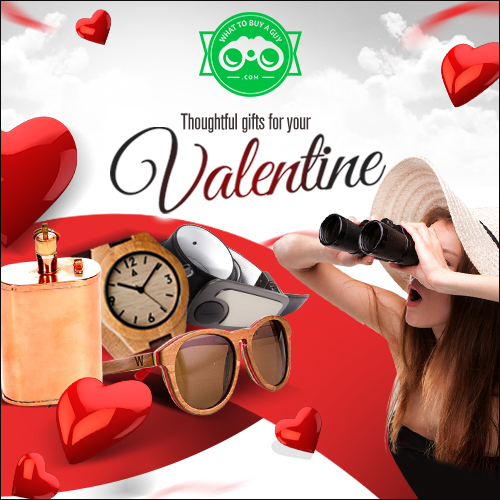 Valentine’s Day is all about love, romance and the warm, cozy feeling that can only come from heart-shaped jewelry made of diamonds that were mined by a machete-scarred child in a malaria pit in Sierra Leone.

Your guy goes all out for you every year. Chocolate. Flowers. Some weird lingerie thing that’s half sexy French maid, half fishing net. The problem is, when it comes to Valentine’s Day, gift ideas for men aren’t always easy to come by.

That’s where we come in.

Valentine’s Day is a two-way street. You want that blood diamond? Then you have to pony up. We’ve done the hard work, weeded out the junk and isolated the gems.

When they re-released the digitally enhanced version of “Star Wars” on DVD, they inserted a scene that made it look like Greedo shot at Han Solo first and that Han was only returning fire. If your guy reacted to that scene by snapping the DVD in half, kicking his Yoda doll and writing a nasty letter to George Lucas, we’ve got the gift for you.

Jedis can move things just by thinking about it. Don’t believe me? Ask that wampa on Planet Hoth. With this mug — which features none other than Darth Vader, the worst parent in show business not named Duggar — your guy can pretend that he’s stirring his coffee with his mind.

Because, you know, grownups.

This beanie goes both ways. It’s reversible, so depending on what kind of day you’re having, you can go with a white crocodile on a black background or a black crocodile on a white background. Either way, the soft Merino wool is warm, snuggly and cozy. Because when I think of warm, snuggly and cozy, I think of cold-blooded reptilian monsters left over from the late Cretaceous era.

Beanies can go wrong in a lot of different ways, from jailhouse chic to just plain silly. Not this one. This one is warm and cool at the same time.

This casual outdoor hat is what would happen if a fedora won the Powerball, told off its boss, quit its job and went to live out its days drinking rum out of a coconut on a tropical beach while being fed grapes and fanned with palm leaves by bikini-clad women.

I know. That’s a long sentence — but this is a whole lotta hat.

Made of raffia, which is like wicker on a diet, the hat is breathable and casual, yet as stylish as Lady Gaga’s meat dress. If luau hula dancers in Waikiki had a mafia, this is the hat they’d wear.

So Lance Armstrong turned out to be a cheater and a fraud and a big, fat liar. So you get a little sad every time you look at your stupid Livestrong bracelet rotting in the junk drawer.

That doesn’t mean bicycling isn’t still awesome. Just ask everyone on every street in Copenhagen.

Every cyclist needs three things, other than a bike, of course: an odd-shaped helped that tricks the wind into thinking your head isn’t there, lots and lots of Spandex onesies, and a good toolkit for on-the-go patches, repairs and adjustments.

We can’t help you with the Tour De France costume props, but we’ve got you covered on the toolkit. Even though it’s got everything the avid cyclist needs, it’s small enough to roll up and attach to your bike.

For surfers, a bad leash or a wobbly fin can mean the difference between catching the perfect wave and learning the hard way what happens when human lungs get an unexpected visit from salt water.

Need to change a fin? The Tool.

Need a leash hook? The tool.

Need to comb out some slippery smooth wax? The tool.

Angry locals with tribal tattoos trying to fight you with broken bottles and bicycle chains over a surfing territory pecking order dispute? Well, The Tool has a little screwdriver … no, that probably won’t work … it has an allen wrench … that probably won’t get you too far, either … how fast are you?

Andrew Lisa is a freelance writer living in Los Angeles. Over the course of his life, he has received a mountain of gifts that were unusable, ugly, impractical and otherwise unforgivably disappointing. Many of the people who bought these gifts were decent and well-meaning human beings. They weren't bad people, they were just bad shoppers. All they needed was a little guidance and direction when picking out that perfect something for that special someone. He does not want your guy to suffer as he has suffered.